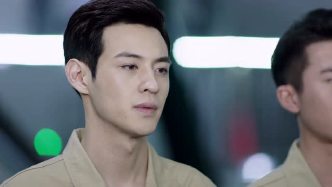 The star pilot Chu Fei’s reputation became the new pilots’ goal of catching up. From a flying family, new pilot Lin Shu stood out among the newcomers, but he got used to debunking, and was speculated, dissatisfied, and even disgusted by his peers. Even the newcomer, Cheng Cheng, who always worked hard in the flight service team, avoided to get in touch with him. After knowing the reason of Cheng Cheng’s “mask”, Lin Shu began his saving plan. Unfortunately, although the plan was successful, Lin Shu who could not face his feelings, was separated with Cheng Cheng. A year later, the former newcomers grown into co-pilots at all levels, accompanying each other complete the mission in the blue sky and supporting each other to solve the problems that encountered in life. A new batch of newcomers came, and the new Cheng Cheng reappeared in the world of Lin Shu. Seeing each other again, Cheng Cheng took the initiative, and Lin Shu also chose to face love in a mature way.