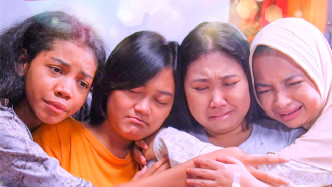 This series takes place a year before the film Imperfect. At that time Dika had not yet met Rara, and was working on a photography project outside the city. The common thread of conflict is in Neti's love story. Throughout the season, there will also be various subplots such as Maria's efforts to adapt in Jakarta, Endah's dilemma with the proposal she received from a village official, Prita's constant argument with her wannabe social media celebrity sister, and other twists and turns the four woman faced in their lives.